(Note: This article is specific to 14ers and other backcountry zones. I’m always for keeping dogs leashed in crowded foothills/city parks, especially if mountain bikers are present, with the exception of dedicated off-leash areas.)

It’s one of the most heated debates during summer 14er season. Multiple times every year, an online wildfire ignites as people argue the merits and horrors of hiking with off-leash dogs. On one side are the anti-canine crusaders who cite laws and regulations, biting incidents, dog-on-dog aggression, jumping, food stealing, wildlife harassment, safety, tundra trampling and general annoyance as among the reasons to keep canines on leash or leave them at home altogether. In the other camp are the dog-lovers who roll their eyes at the aforementioned blowhards as they happily let their twin huskies Dollop and Mr. Sprinkles chase pikas all the way up Grays Peak.

Obviously, those are the extremes. Most trail users fall somewhere in the middle. The truth of it is, there’s no going back. We live in Colorado. Coloradans have dogs. Coloradans swarm the mountains. With the exception of the most difficult summits, the likelihood of hiking a 14er in 2015 and not seeing at least a dozen off-leash canines is pretty slim. The issue isn’t going away unless a peak steward is stationed at 500-foot intervals on every trail in the state. I doubt even that would help. The anti-dog crowd can scream about leash laws all they want, but it’s ignoring the reality.

So, how can the gun-toting dog hunters and Susie’s gaggle of mountaineer pugs coexist?

It’s important to note that while many areas do require a leash, in others owners are only obligated to have voice restraint. Not many people are aware that leash laws aren’t ubiquitous. Whether or not you choose to abide by them, know the rules and regulations of the area in which you’re hiking. If you’re a dog owner, prioritize the places where off-leash romping is legal. The guidelines included in this blog, however, also apply to those areas.

Anyone that knows me, or can view these pictures, knows the side of this debate on which I fall. Regardless, trails are a public space that attract people from all walks of life. I respect the right of everyone to spend a day in the mountains free from annoyance and fear, just like I enjoy the ability to hike with my four-legged adventure buddy. As with most raging debates in the hiking community, the solution doesn’t have to be that hard.

(Hint: Everything can be resolved with mutual respect. In short, don’t be an ass.)

Put in the effort to raise a well behaved dog or don’t let it off leash in the mountains. It’s that simple. A mountain dog should come when called, stay mostly on trail, exercise restraint around wildlife or other pups, not jump or get underfoot, not beg for food, show no aggression and, yes, walk comfortably on a leash when the situation warrants. Every dog has its quirks, despite any amount of training. It’s the owner’s job to understand, assess and manage those behaviors to avoid a conflict.

Some dogs are just not meant to be around other dogs or people without a leash. That’s not necessarily anyone’s fault. No one knows your dog better than you. Be honest with yourself about your pup’s tendencies and make responsible decisions.

2. Your Dog Is Not Perfect

You’ve had Grumblebutt since he was an 8-week old puppy. You’ve spent countless hours and hundreds of dollars on training. He’s under tight voice control. He doesn’t jump or chase animals. He can solve basic math problems, walk your cats, cook Easy Mac, set up a tent and bag his own poop.

Guess what? He still does something that will make someone else out there uncomfortable. Don’t fall into the all-too-common mindset that your pup can do no wrong. Always be willing to admit that Grumblebutt’s tendency to pee on the legs of teenagers might be frowned upon, and act accordingly to control your dog. (Unless said teenagers have a selfie stick, in which case it would be deserved.)

As a more serious scenario, I know several hikers who are afraid of dogs as a result of a previous attack. Grumblebutt might fart rainbows and occasionally sprout angel wings, but that doesn’t mean he’s not a living nightmare to a stranger. You love your dog and everything about him. Not everyone else does. Practice some empathy.

Are you and off-leash Capt. Cuddles approaching an on-leash German Shepherd with his hackles up and a straight tail? How about a family with a small child that acts fearful and hides behind her mother’s legs? A bearded redneck with a Duck Dynasty vest and his finger on the trigger of one of four barely concealed pistols? A skittish horse? A herd of mountain goats?

Call your dog to your side, put her on a leash and give a wide berth. Once you’re clear, Capt. Cuddles can happily go back to running 15 feet ahead of you, plopping down, and licking her genitals while giving you side-eye.

If you’re on a trail that’s crowded enough that this is happening every 30 seconds, such as an Open Space park or a Front Range 14er in July, just keep the dog on leash. It’ll be less annoying for everyone involved.

I use a dog pack that includes a harness attachment. It’s easy enough to keep a leash clipped on and shoved into a a pocket, where it’s out of the way but easy to grab. That way, when you encounter scenarios like those just mentioned, there’s no time wasted in securing the pup. If you’re a slave to your dog and not making it carry its own food and water, keep a leash in your hand or slung around your shoulder for immediate access. 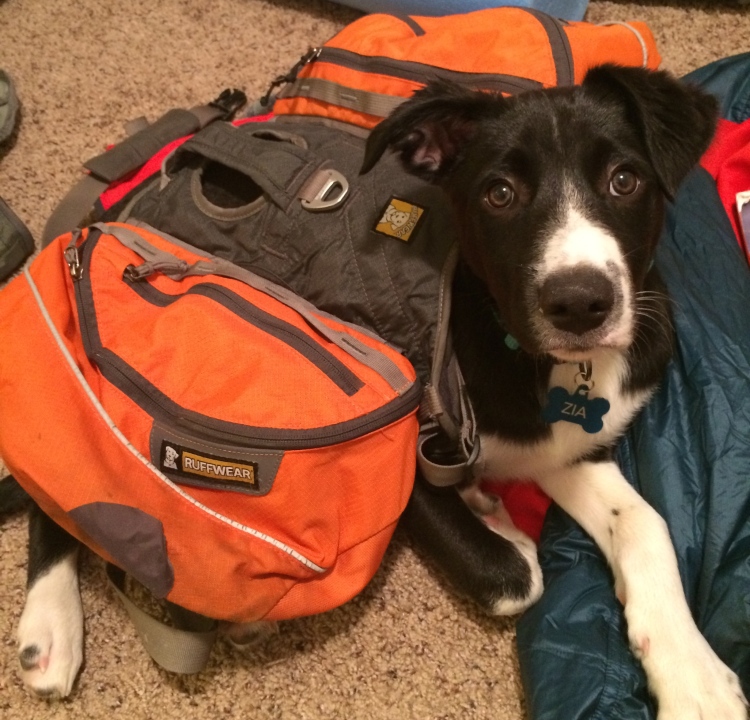 5. Communicate with Other Trail Users

This applies to both pro- and anti-dog hikers.

“Is your dog friendly?”
“Can you leash your dog while we pass?”
“Is Sgt. Snuggles bothering you?”

Hey, that was almost too easy.

6. Know the Truth About Dog Poop

Wild animal scat is 100-percent biodegradable. Dog poop is not, largely because most domestic pets eat a cheap and unnatural diet. Dog feces can also contain harmful diseases that are transmittable to other animals or even humans.

You might still be 8 miles from the car while Sir Poopsalot just had the canine equivalent of beer shits, but you should still bag it and pack it out.

There’s also no such thing as a Poop Fairy. No mythical creature is following you around and picking up the soggy bags you left on the side of the trail. This is another bonus of making your dog wear a pack — they can carry their own crap. Literally.

Dogs die or get seriously injured in the mountains on a regular basis. Something as “cute” as a marmot or mountain goat can kill even a large dog. Your best friend will try to follow you anywhere, even across a knife-edge ridge or up a steep snow gully. They don’t understand the hazards. They just want to be close to you, the center of their world. It’s heartbreaking that every year dogs die from heatstroke, falls, animal attacks, or other hiking-related incidents. They didn’t choose to be there. You made that choice for them.

I’m not saying to always leave dogs at home. Anyone who’s seen a happy pup running free in the mountains knows the rewards can outweigh the risks. Owners simply must put the wellbeing of their dog above their own ambition. In general, I don’t bring dogs on anything more difficult than easy Class 3 rock or 35-degree snow. That’s my personal comfort level. Every individual and every dog is different. Also, carry a dog first aid kit and consider an LED collar or reflective vest for low-light situations. 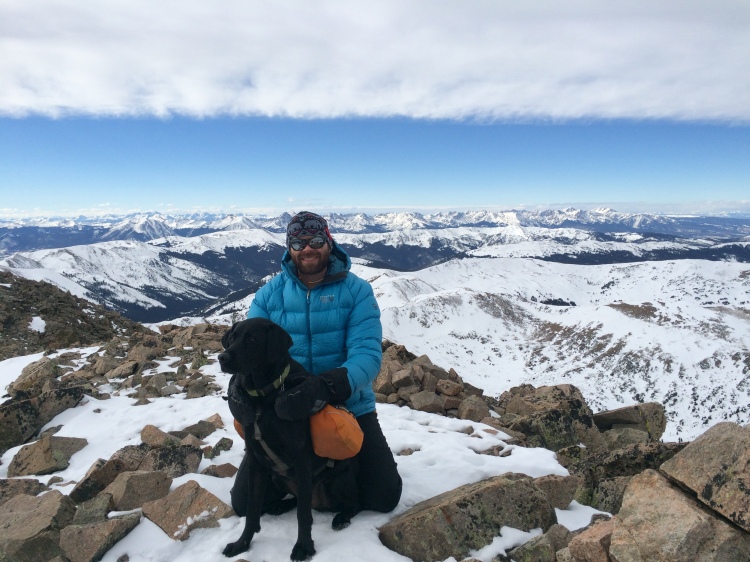 Now, can’t we all just get along? Dog lovers and dog haters can indeed peacefully coexist, it just takes a little effort and human decency. Happy trails!